We’re told early on: This is a story about grief.

More accurately, it’s a story about the refusal to grieve. And the isolation and destruction that follow.

Early in Captain America: Civil War, Tony Stark presents a new technology to a crowd of MIT students and faculty. He shares an imagined memory of his last moments with his parents. After the program ends, he says, “That’s what I wish happened. It overrides my hippocampus, but doesn’t do anything about my unprocessed grief.”

It was a truth half-wrapped in a sad joke. But it stuck with me the entire film. It provided a kind of frame for everything that followed. What if this whole drama we’re watching is the result of unprocessed grief?

The characters themselves give us their interpretations of the battle-of-wills (and then just plain battle) between Tony Stark / Iron Man and Steve Rogers / Captain America.

For most of the narrative, as the conflict is building, various characters read the core issue as ego, arrogance, stubbornness.

A moment that sticks out in my memory is when Natasha Romanoff / Black Widow confronts Stark: “You are incapable of letting go of your ego for one goddamned second.”

In a Christian vocabulary we have a name for this sort of motivation: pride. We consider it among the deadliest sins. Some people even consider it the root of all sin.

But pride is just a facade, a symptom of the real issue.

The deeper issues show up in the final fight scene.

Captain America: Civil War is a notable break from the explosive, unfollowable choreographed fight that we’ve come to expect from the Avengers films. What we see here is far from a climactic blow-out.

Ultimately, it’s just Stark and Rogers, exhausted, exchanging punches. It’s a piteous and heartbreaking squabble between two men whose strength is only physical, men whose emotional life is too weak to engage the complexities of their crossed desires. Men who would rather kill one another — even be killed in the process — than engage their grief.

The scene can hardly even be called a climactic moment. It’s an anti-climax. A nadir. A canyon.

At that (anti)climactic moment, T’Challa / Black Panther names another layer to the conflict, the motivation that is underneath their pride.

According to T’Challa, pride isn’t the root of their behavior. Vengeance is deeper.

T’Challa says to Zemo, “Vengeance has consumed you. It’s consuming them.”

Which is important for us, a largely USAmerican audience to hear.

Vengeance certainly does consume us, is consuming us, as a whole culture. To take just one easy example: 9/11 is still used to support our presence overseas when we’ve killed far more civilians (like, by multiples) than died in the attacks.

This is a story about grief.

Star’s line early on must contribute to the plot. The writers were too intentional. There are any numbers of technology Stark could have shown, but it was the one about memory. Any number of memories he could have chosen, but it was the one about unprocessed grief regarding his parents’ death. Half the conflict centers around Stark’s unprocessed grief over his parents’ death, and Zeno’s calculated exposure of it.

And his “unprocessed grief” is inextricably linked to that plot.

The other half centers around Rogers’s grief and Zeno’s prodding at that. His grief over the loss of Margaret Carter, yes. But it’s much more profound than that: most people he knew were dead. The culture he knew is gone. Rogers holds the grief of losing an entire world — family, friends, social codes, culture, food, moralities.

Stark wants to kill Bucky Barnes / Winter Soldier because Barnes killed his mother; Rogers shouts that it won’t change anything. A rationale that doesn’t get anywhere close to landing because, for Stark, this isn’t about the past — his refusal to grieve means that her death is still present with him.

And for Rogers, who goes to great lengths to protect Barnes — the one person with whom he has a shared past. The one person who can remember his childhood with him. The one person who understands what it is to be removed from your time. It is, in part, his own refusal to grieve for all he’s lost — all the people he knew who are now dead — that pushes him to risk so much to hold on to what he has left.

Stark and Rogers are both unable to make good decisions, to hear what the other is saying, to discuss their options reasonably.

Their refusal to grieve does what sin always does: it isolates and divides. 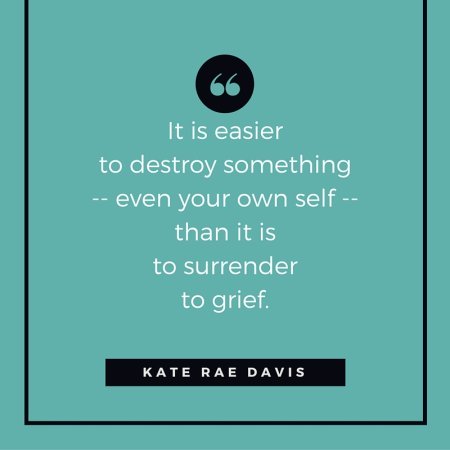 Sin pits broken people against one another, when the very thing they need could be found by more deeply understanding the soul within the body they’re pummeling.

So Stark and Rogers are tearing each other apart. Because it’s easier to destroy something — even yourself — than to surrender yourself to grief.

Which is, perhaps, the real sin that pride is always masking: the refusal to engage grief.

Thanks for reading! If you enjoyed this post, share it with your friends, or hit the “like” star so other people are more likely to see it. And if you’d like to stay up-to-date, sign up for my posts to be delivered to your inbox once each week. Bonus: it also gives you access to the Free, Ever-Expanding Resource Library.

Where do you see a vengeance-mentality in your self, community, culture, country?

Where do you see refusal to grieve in your self, community, culture, country?

One Reply to “Fighting with Sin in Captain America: Civil War”